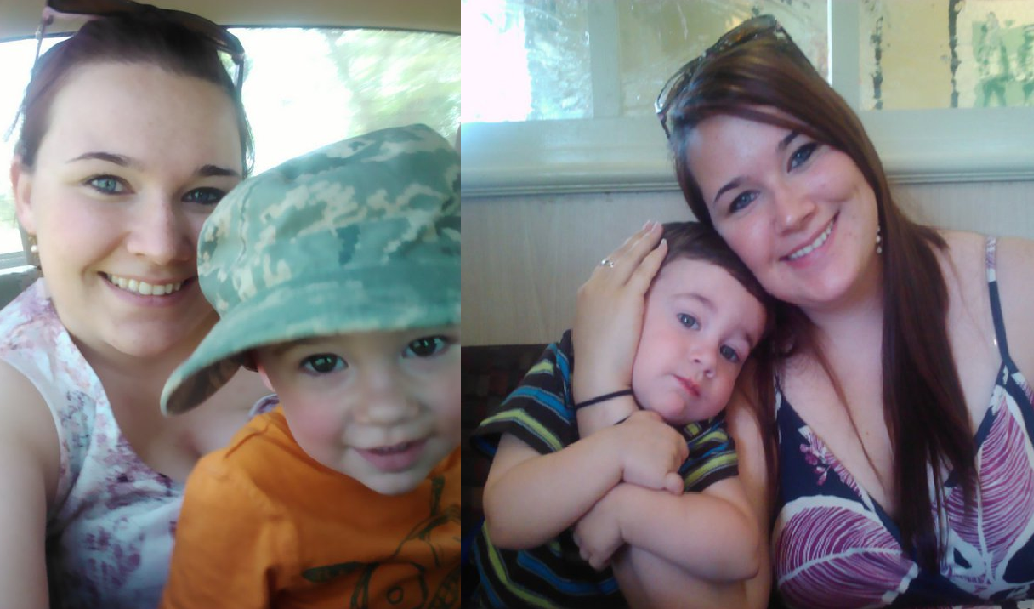 My Journey To Being Happy Again

Yay my first chance to do this!! So this is from his prom '06 jus picked a few pics from there. 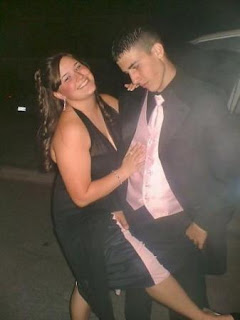 We rarely take normal pictures haha. But this night was a blast! It actually ended up being better than my own prom!! 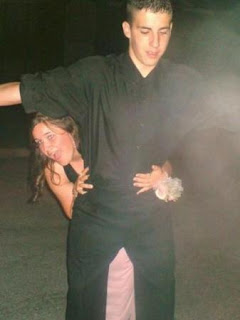 So the most precious thing happened lastnight. My son woke up around 4:30 a.m and said "mama" laid his head on my chest and went back to sleep. As much as I didn't want to be woken up that was totally worth it!

We have had piss ants in our house by our dishwasher and yesterday we finally found out what they were after...J's ibuprofen (grape flavored) hahaha. Would have never guessed. So we are goin to get ant killer today. Those smart little things lol.

Today will be day 4 of working out...on day 15 I'm going to weigh myself and then again on day 30. Then I will let you know how the 30 day shred workout ended up!! Altho I'm sure I need to be eating better too huh? Haha at least I eat home cooked meals and not fast food all the time!
Posted by Kaycee at 12:35 PM 2 comments:

So yesterday I either pulled or tore my calf muscle while working out. Lovely huh? I can hardly walk it hurts so bad. My Husband decided to show me up and do the workout...he made it all the way thru but was in pain afterwards haha. Looks like I found my workout partner!

So my son is saying Mama and Dada and actually knows what it means now!! I was on skype with my parents lastnight and J was laying on my chest and my Dad said "how does that feel?" Made me want to cry because he would always tell us kids we used to do that with him but then we grew out of it and rarely gave him hugs and kisses. Guess you don't realize how important that stuff is until your a parent yourself!

Well I'm in my last brite start month for Partylite and for those of you that don't know. The first 3 months of you starting if you reach certain goals you get free products! So my goal this month is $1,000 and the month is almost over. If your interested in ordering anything or even just looking at my website go to www.partylite.biz/kayceebrothers and there will always be a link posted on the side of my blog for future orders! I'm so glad I found this job because it allows me to be with my son yet make enough money for us to enjoy things without going into our savings or the money my Husband makes!!
Posted by Kaycee at 12:34 PM 2 comments:

So when I was pregnant Tommy promised me that he would be my trainer to get me back into shape and I had the baby. He decided to give me a 6 month break afterwards. NOT a good idea. This picture of 4 months after having Jayden. 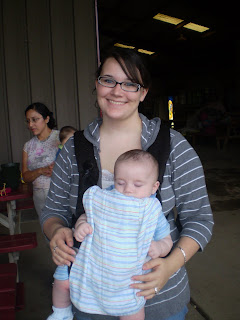 About a month ago he bought be a Jillian Michaels DVD, work out mat, weights, and a in place bicycle. I started going on walks with a friend who also had a baby but was never feeling a burn. So yesterday as I'm sitting down watching t.v. (which in order to do that you can't miss looking at the dvd) I finally decided to put it in and work out.
It's called "30 day shred with Jillian Michaels" WOW I am soooo sore today. It has 3 different levels but the first level was torture. Maybe it's because I had a baby and haven't lifted a weight since. Not sure, because I used to work out everyday. I made it through the whole 20 minutes. But I am realizing I have to do it again today...and I'm having trouble jst walking up the stairs haha.
I'm determined to lose this baby fat tho. I lost a total of 45lbs since having him in June. So any ideas...let me know!!
Posted by Kaycee at 11:03 AM 1 comment:

So in the past week a number of events have happened and I'm still not sure I have really realized what's going on lol.

I love being a military wife and have no problem with this decision. But I realize with that will come the time when we will be moved overseas for 4 yrs at the least. I'm not excited about that because I am so close to my family it will be extremely hard to be that far away. And phone calls/travel is exspensiveeee.

This will be our 2nd deployment this time around and normally would be easier...but now we have a son involved..and his deployment will be 2 months longer than last time. I will be home with family probably 3 of the 7 months. And back here working the other 4. When being told he couldn't deploy again I was happy knowing he was safe. But in a week everything changed. I'm sure my emotions won't really hit me till the time is closer.

My Grandmother I haven't seen for years because she hasn't been doing well for quite awhile. But because of that I believe her time has came. She doesn't remember anyone hardly. We used to be very close and it's hard knowing that anytime she could be gone. But I hope it will be a peaceful reunion with God!

Jayden walking has been such a joy!! He gets soo excited when he starts to take steps! People say I should be worried now but because he learned early he isn't tall enough to get into anything or quick enough to get out the door lol. And well...now duty calls and I need to go change his diaper haha. Hope to get some followers soon so I'm not talking to myself this whole time lol.

Well I decided to get something were I can post all my thoughts and get advice/support from only the people I choose to share with. On fb and myspace everyone gets into your business when your just wanting to vent. So why not try something new?
Alot of stuff just happened recently and I will share it through the week. But first anyone have advice on how this whole blog thing works? I think I set my profile up correctly but no idea.
Posted by Kaycee at 12:10 AM 1 comment:

Kaycee
Texas, United States
I was an Air Force Wife for 4 years and just went through a divorce. Mommy to an 2 year old, and a Partylite Consultant! I live my life to the fullest and don't go a day without thanking God for what he has given me! He has a plan for all the madness going on and I know to keep my eyes on him! 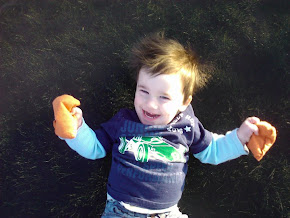 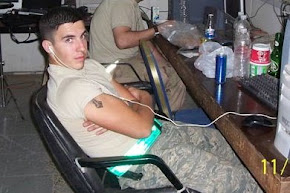